Miami City Commissioner Joe Carollo, a.k.a. Joker Roller, the Joker — as FM radio station Power 96 used to call him. Where is the Joker? Well, the Joker is back, and he’s up to his same old antics of trying to run the City of Miami Police Department from his seat on the City of Miami Commission. Commissioner Carollo, a former Metro-Dade police officer, has long been a figure of controversy and stalwart of division and hate.

When Joe Carollo joined Dade County’s Metro Police Department, he was the youngest cop on its payroll. And the vital qualification then was the applicant had to know how to fight and possess a deep-seated hatred for Black people and a willingness to murder Black people in cold blood, in the dark and dump their bodies in lakes and bushes, or kill them in broad daylight where petrified witnesses looked on in horror. Insurance sales agent Arthur Mc Duffie a former Marine Corps lance corporal was one of those victims. After leaving the Marine Corps, Mc Duffie worked as an insurance sales agent for Coastal States Life Insurance company. 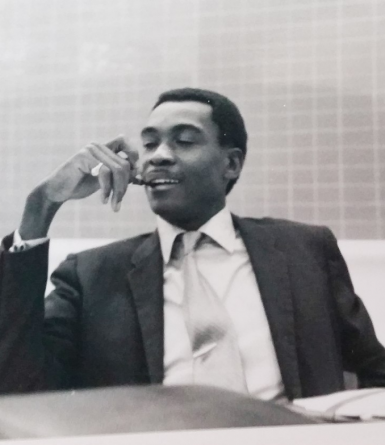 Mc Duffie Months Before He Was Murdered By Police 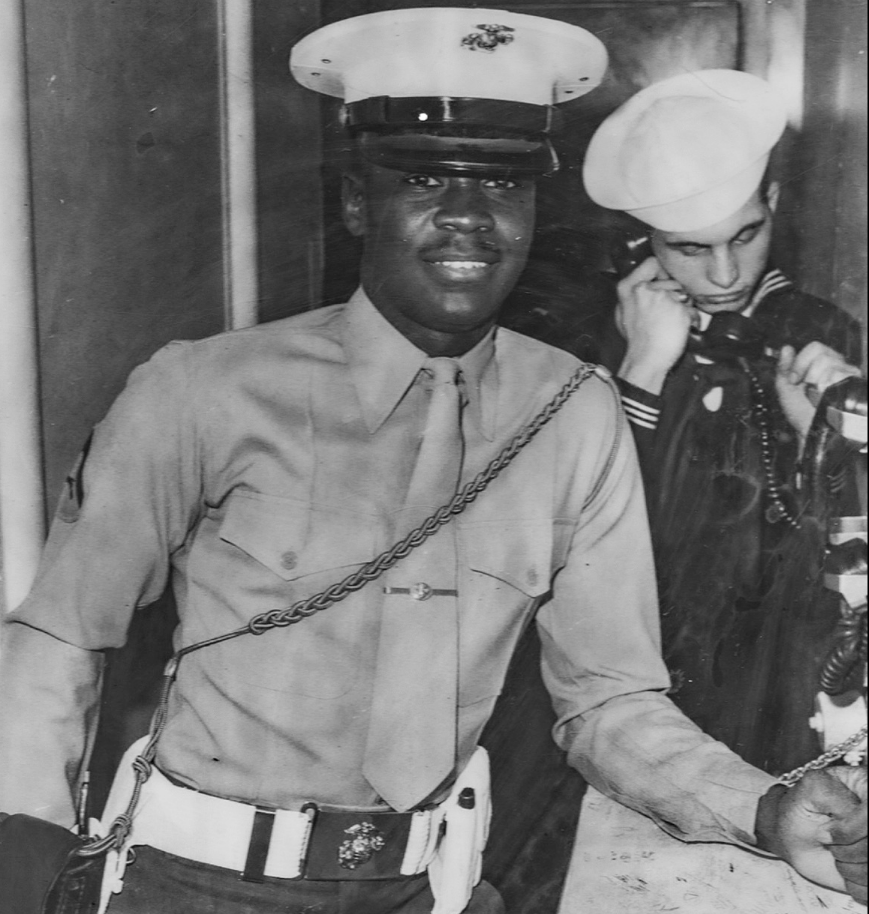 In Dade County and particularly in Miami, the mid-seventies and eighties was a time of the changing of the guards. A clash of cultures — and when the children of the former slaveholders fled Miami, they may have taken the flag but left the key to the City of Miami with a Cuban immigrant population and the blueprint of how to maim and kill Black people, and destroy Black Lives wantonly.

Today Joe Carollo is that lynchpin between the days of old and the face that represents the continued lunacy of the City of Miami and its police department. The days when the cocaine cowboys such as Alex Marrero wore City of Miami police badges and uniforms, robbed and executed anyone that crossed their paths or looked at them sideways.

Joker Roller sat on the Miami Commission when it was fashionable for Miami police officers to go around murdering young Black men — with the blessings of the Miami Commissioners and all-white juries. On December 17, 1979, six to eight Miami-Dade white police officers beat Arthur McDuffie to death after pulling him over for speeding and driving his motorcycle with a suspended license. “Officers” Charles Veverka, Sgt. Herbert Evans, Sgt. Ira Diggs, William Hanlon, Eric Seymen, Ubaldo Del Toro, Alex Marrero used their Kel-lite flashlights and nightsticks to beat McDuffie in his face and head. The Medical Examiner wrote, “McDuffie’s skull was cracked like an egg –” by the police.

In April 2021, in steps Art Acevedo as Miami’s new Chief of Police. Miami City Manager Arthur Noriega chose Acevedo, a former Chief of Police for Houston PD, to reform the Department and root out the culture of corruption that pervades the Miami Police Department. Soon after Acevedo took the oath as Chief, Commissioner Joe Carollo gave him a list of political enemies he wanted to be under surveillance or investigated. Carollo also used the Miami Code Enforcement Department officers to harass his political opponents, including business man Bill Fuller’s businesses.

After months of harassment by code enforcement officers, Miami Code Enforcement Department eventually shut down one of Bill Fuller’s business, a popular club on Cale Ocho (Eighth Street) named the Ball & Chain. While Carollo controls Miami Code Enforcement Department, it became a challenge for Carollo, Reyes and Del la Portilla to run Miami PD through Chief Acevedo. So a plot was hatched by the Three Amigos on the Commission spear-headed by Carollo to get rid of Chief Acevedo.

But first, Chief Acevedo had already drawn the wrath of the Commission when he ended two high-ranking Miami police officers careers for a “minor” cover-up. The two Carollo loyalists, Deputy Chief Ronald Papier and his wife Commander Nerly Papier crashed her city issued vehicle while allegedly driving under the influence of a narcotic. Deputy Chief Ronald assisted his wife Nerly, for good or ill, (as any good husband would do) to correct the incident under cover, which was later discovered and made public. 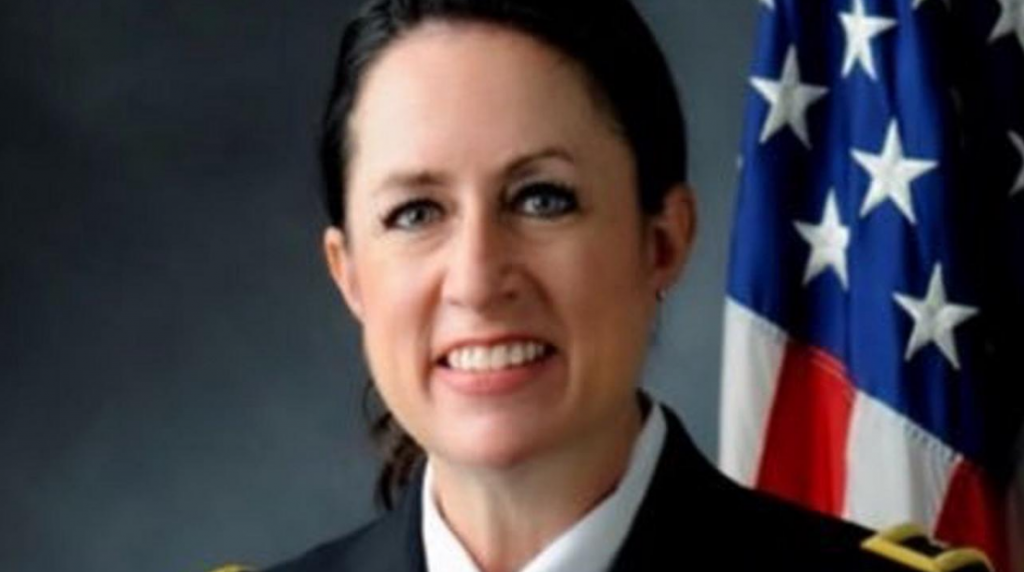 According to an eight-page memo presented by Acevedo to the Miami Commission, on September 24, “Carollo is targeting me, in part, for my refusal to allow him to use the MPD as his personal enforcer against anyone he perceives as offensive,” the Chief alleges. Acevedo’s conflict with the Commission became pronounced after he removed the two high ranking (Carollo loyalists) Miami Police officers for taking part in the minor coverup.

To retaliate against Acevedo for firing Ron and Nerly Papier, the Commission eliminated the Deputy Chief position from the 2021 — 2022 fiscal year budget — thus potentially leaving the first female Miami Deputy Chief without a job.

Old School ex cop Joe Carollo just wasn’t able to sway New School cop Art Acevedo to join him on his relentless trip of police brutality in minority communities. “I have uncovered a pattern of unlawful use of force by some officers … I have began the process to address this issue,” Acevedo added to his 8-page memo. With responsible policing, perhaps a new day will dawn when a Medical Examiner’s report won’t state:

Medical Examiner Dr. Ronald Wright’s report states that McDuffie’s head had a 10 inch hole in it. The so-called officers used a squad car to run over McDuffie’s motor bike to make it look like he had an accident. Several cops on the scene testified to the fabrication of evidence, yet when they went to trial, an all male all-white jury set them free. This is the Joker Roller mindset — one that leads to murder by police and high-ranking police officers are to help cover up the crimes.

Anyone who does not fall into his web mafia-like runnings falls victim to his wrath. Carollo was one of three Hispanic Miami Commissioners to fire Donald Warsaw and a former white Miami Police Chief turned city manager. He musters three majority Latino Commissioners’ votes to fire the first Black City of Miami Manager — Howard Gary.

Chief Acevedo did go on Social Media to apologized for his statement, “It’s like the Cuban mafia runs Miami PD.” If the Feds takes a thorough analysis into the City of Miami Commissioners that could be worrisome for them because most of those guys are extremely corrupted.

1 thought on “The City of Miami: America’s Own Little Banana Republic Seeks To Oust Its Police Chief. Loco Joe is Back.”