President Trump doesn’t have any four-legged dogs in the White House with him, like past presidents, because he has a kennel full of lapdogs in the guise of Republican Senators, US House of Representatives, and White House staffers.

There is a growing segment of the American population who believe, The 45th President of the United States of America, Donald J. Trump is a Squatter? Well, if there’s anyone who could trick Americans into allowing him to live fraudulently and rent-free in the White House — it would be Donald J. Trump.

During the 2016 Mitt Romney calls Trump a conman and a fraud. Romney, who is independently wealthy still, to this day, sees Trump as a fraud.

Senator Marco Rubio called Trump a “Con  Artist” during said elections. Rubio, who is from the other side of the tracks (and feeds from the largess of wealthy businessmen such as William Brahman), has since become one of Trump’s favorite lapdogs.

Suddenly in Rubio’s mind, Trump can do no wrong because Rubio bends and bows to his wealthy handlers’ wishes. Anywhere the wind (a fist full of dollars) blows, it doesn’t really matter — Narco Rubio follows. “Friend, don’t let friends vote for a con artist.” So says Rubio, but Rubio has proven himself the biggest game conned by Trump in the last four years.

In the 70s, the late President Richard ( Tricky Dick) Nixon Surrounded Himself With “Men,” albeit dishonest men. In the new millennium, it is safe to say; the United States can boast of having the most corrupt Republican Senate in the Republic’s history.

Donald J Trump has a kennel full of jaded and dishonest lapdogs.

Soon after winning the presidential election, Trump summons Mitt Romney to his home for what Romney thought was a job interview. Little did Romney know that President-elect Trump just wanted to embarrass Romney. Separated from his “sixth” sense, Mitt took the bait and went to Trump’s house. After he was dismissed from the interview, you could literally see Romney leaving Trump Mansion with his tail between his legs. He looked pathetic — not presidential.

Now fast-forward to the 21st Century and the current President, Donald Trump, who has surrounded himself with mongrels, chihuahuas, mutts, and a host of mangy poodles.

The Jock/Quarterback doesn’t like the bespectacled girl, but he knows that she’s an easy lay. She’ll do anything to be in his presence. So every once in a while, the jock takes her to the bleachers and let her go down on him. In Trump’s case, he’ll take Lindsey Graham to one of his golf courses and let him play golf with him; then, Graham becomes super giddy and goes on CNN, MSNBC, and Fox News to utters foolishness for the world to see and hear. Give up that dream, Lindsey! It isn’t going to happen. Trump likes his toys young, tall, and Russian.

Advice to the lovelorn: Lindsey, please, get over Trump; he’s not going to give in to you. Come out o the closet and find a man of your own. You’ll be much happier.

Little Marco a wart to most Cuban-Americans

Bright, articulate, and quick on his feet is Marco: but he’s also extremely susceptible to being easily manipulated by his wealthy handlers: Senator Marco Rubio is nothing more than a mouthpiece for the wealthy who pays his bills — he’s not beholden to the majority of his voting constituents who pay his salary. Marco is a let-down to the majority of Cuban-Americans who stand by their word when it’s given. 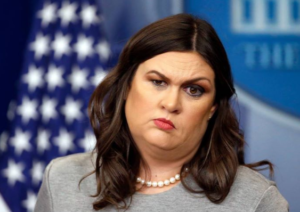 The aptest way to describe Senator Narco Rubio is a case of a boy from the neighborhood across the tracks who will do anything to sit at the table with the rich kids who live on the other side of town — including prostituting himself. During the 2016 presidential elections, Marco also called Trump a conman. Still, after Trump’s election victory, Rubio became one of Trump’s main lapdogs and a disgrace to many in the vibrant Cuban community. Rubio votes inline 91.5% with Trump’s wishes and supports rump separating migrant children from their parents. Yet he claimed Trump is a conman. Perhaps Rubio is a bigger conman and a fraud than Trump.

During the 2016 Presidential elections, then-candidate Donald Trump made it clear that he believed that Senator Ted Cruz’s father is entangled in the assassination of the late President John F. Kennedy. After Trump won the election, Lying, ted became one of his biggest supporters and abettors to destroying the lives of many and contributing to everything wrong for America. Lying Ted. Trump had him pegged correctly. 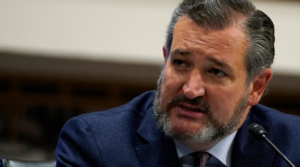 During the Nixon and Watergate era, as corrupt as Nixon and his cohorts were — what we had then were men with backbone or spines upon which great nations are built.

Today in the Trump era of corruption — even though; Trump cuddles his lapdogs, he knows that he and the country are cursed with a group of spineless jellyfish parading around like men. Men whose “moral” code is rooted in political expediency and cowardice.

Marco Rubio: What a shameful squat. Rubio and other politicians like himself are poor people from the other side of the tracks enamored by rich men. They will do anything to appease someone like Trump to brag to their friends that they ate dinner with so and so.

The fact is: Trump did not lose a billion of his own money. He actually lost a billion dollars of (OPM) other people’s money. Trump took the money from the bank, and the bank takes the money from its customers on the lower end of the totem pole — in credit card fees and exorbitant interest rates charged to poor people. And not paying them interests on their hundreds of millions of marginal bank accounts, with marginal sums of money that add up to billions of dollars given to people such as Trump. Take from the poor and give to the rich.

U.S. Representative EVE King (R) IA is a 71-year-old virulent bigot representing a segment of like-minded bigots from Iowa. They keep voting that jackass into office only because they agree with all of his racist, misogynistic and bigoted statements that he makes daily. How often King votes in line with Trump’s position 92.6% of the time, it not that Steve king like Trump. He votes this way because President Trump is as close as any modern president comes to be like Hitler.

In 2016 the media gave Trump power because they enjoyed the clown show, tomorrow the people will take that power away from Trump and send him and his cohorts packing.

Embrace the three Constance: Change, Justice, and Rightness.
The thought police are busy at work trying to suppress free speech — if allowed their march to madness — they will arrest your very thoughts.
Set your Author Custom HTML Tab Content on your Profile page